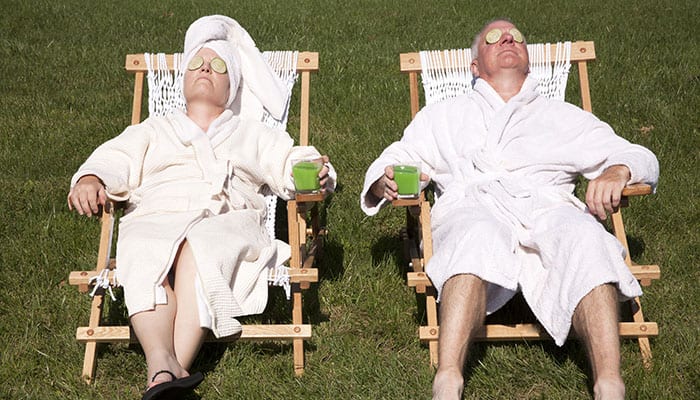 But if you have the capability to start saving for retirement now, you’re doing yourself a disservice by not jumping on it, and you’re severely limiting yourself for the future. With retirement saving, starting as early as possible to save is incredibly important for one particular reason: compound interest.

What is compound interest?

According to the popular finance blog, The Motley Fool, compound interest is the idea of earning interest upon the interest you’ve already earned. If that doesn’t make sense to you, think about it this way:

Let’s say you have $1,000 in an account that earns 5% interest per year—so at the end of the year, you’d have a new balance of $1,050. But here’s where compound interest comes in. Rather than earning another $50 the next year, you’d be earning 5% interest on top of what you already earned the year before, meaning you’d make $52.50 in additional interest the next year. A $2.50 difference may not sounds groundbreaking for now, but imagine how much that could add up over a long period of time—say over the next, 5, 10, or even 65 years?

Why is compound interest important for retirement savings?

Compound interest is one of the most powerful ways regular individuals can grow their money over time. You’ll continue to add a small amount of money every year, your interest and dividends will slowly add up, and you’ll progressively earn more and more money over time—without necessarily having to increase the actual amount you put in your account. So by putting off saving for retirement year after year, you’re leaving “free” money on the table. The longer the money you’ve saved has to continue growing itself, the more money you’re going to end up with in the long term.

Finance gurus have demonstrated time and time again that even those who start saving 10 years after they begin their careers are missing out on substantial amounts of compound interest. If you don’t think you can afford to put much money from your paycheck away each month, start small, contributing at little as 5% of your money per year. It likely won’t make a big difference to your take-home pay, but you’ll be making small steps towards a larger goal.

If you’re feeling down on the amount you’ve saved for retirement (or haven’t started at all), remember it’s better late then never! The longer you delay creating that nest egg, the more difficult it will be to play catch up in the future. So make it a goal to speak to your work’s HR department or a financial advisor about setting up your account, and start making contributions—even small ones—as soon as you can. Your future self will thank you.